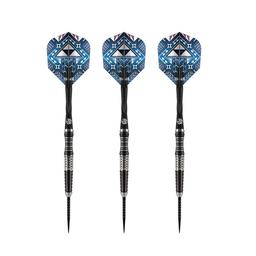 The warriors of King Kamehameha the Great, built canoes and made weapons from a wood named Koa found on the Big Island of Hawaii. Like it's namesake, the Tribal Weapon Koa is crafted for strength and beauty, from premium 90% Tungsten and shielded in durable, micro-fine Ti Carbon coating.

Koa embodies potent force with its prominent centre section inspired by tribal war clubs. It's refined Tribal Weapon scallop has rings set into the curve with added grip. Finished with tenacious new ti coated steel tip points etched with cinder grip. Honed and tested during our intensive 7-stage process – the result is a precision finish, and a decisive grip that lets your throw travel far, but not wide.

Barrel Design:  There are 3 distinct grip sections on this dart barrel which will suit all finger placement preferences. Koa's short, smooth nose is followed by re-invented shark grip in the Shot pyramid grip style, which gives maximum adhesion while not being overly aggressive. A clearly defined re-imagined knurl sits at the midsection with multiple points for reference. A refined version of the traditional Tribal Weapon scallop follows at the push point, while the scallop rings are set in line with the curve, their triangular points extend out of this area ensure a no-slip advantage.

The Shot! Darts Tribal Weapon Koa 90% Tungsten Steel Tip Darts has not yet been reviewed. 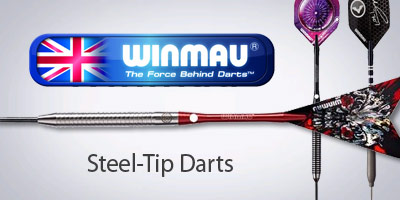 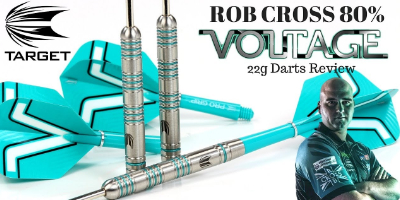